The Little Little and I had a playdate while the Big Little was out. We made Marzipan! Technically, we made two batches. I made the first one from this more traditional recipe the day before. Sans rose and adding vanilla. Since it had chilled overnight we could pull it out to play with while batch two that Little Little made chilled.

It was sweet, but cut down nicely when we dipped it in dark chocolate.

The second batch didn’t use an egg white and was WAY sweeter and softer. Next time, we’ll stick with batch #1, we liked it a little less achingly sweet. Plus, making little marzipan figures from two batches took us past the 1 hour mark and our energy was flagging.

Visible mending continues to be an obsession. Not for the least of reasons because I’m a total klutz.

To explain, the fence is about 2 feet high and is used to keep the dogs out of the garden. But I got to work and disguised it as much as possible while repairing. 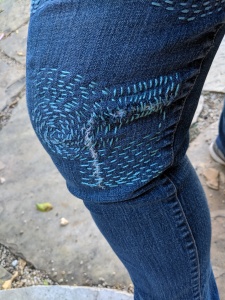 This one isn’t as smooth, but I couldn’t find the sticky back repair fabric I’ve used on other things. But amongst all the thread, I don’t think the repair is all too obvious.

It’s been awhile since I mentioned our classic 1965 Field and Stream Travel Trailer since we finished the work and have used it a few times, some of the shine has gone off. But thanks to my husband lurking around on some vintage trailer forums, and our 3d printer, I got to add a bit to both our memorabilia and my hobbies.

Apparently there’s a fad with classic motel keychains. And so while he was working one up for an acquaintance with a Shasta, I designed a few for our Field and Stream. 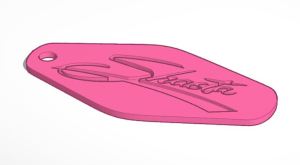 In my huntings I found an eBay listing for a sales brochure, wish I’d found it before it sold! But it’s cool to add more details to the history. It’s a model 15 and apparently was designed to be rented out for weekend adventures. 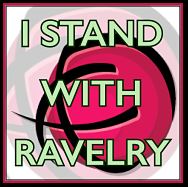 I do understand how this stance is difficult for some, particularly those Trump supporters who do not view themselves as in support of white supremacy. They support some of his policies, but not all. An understandable position that most of us face when selecting political figures and parties. Trumps negativity and support, or at least tolerance, of hate groups, does not allow for support of any of his more “reasonable” policies. (BTW, how any working class American can support a gold tower living billionaire who has lost millions and shafted small business left and right is beyond me.)

I, myself, have never been a fan of Trump as a politician. I hold the, apparently odd, belief that my politicians, those people making decisions over rules and laws of our country, should be better than I am. I want them smarter, more ethical, more understanding. Trump is none of those things. And even barring everything and anything he did pre-running for the presidency, my breaking point came when he mocked a disabled reporter.  His policies, his boastful and ignorant tweets, his continued actions, to my view, show he has not grown into his position nor learned from any mistakes.

So while Ravelry could have been more moderate in their stance, banning only hate speech or banning all negative commentary, including anti-Trump language, it is their house their rules.

And to speak to a comment I saw on a YouTube video in support of the “wave” of people leaving Rav about a Ravelry rep saying “I knew you used acrylic,” that comment was from a yarn snob not affiliated with Raverly. Besides, plenty of people who prefer natural fibers and nice yarn can and do acknowledge that acrylic has its place both in the use category and in the socio-economic category. 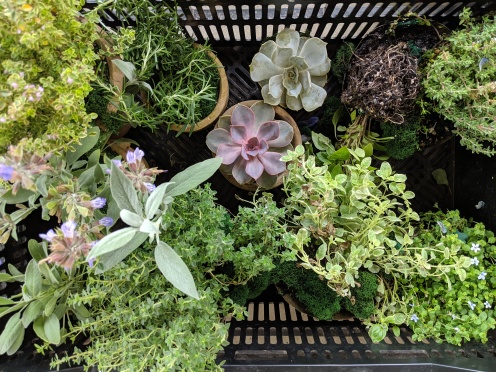 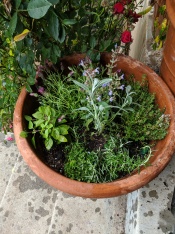 We won the neighbor lottery. We live up the street from the amazing Camellia Floral Design. And a recent wedding featured herbs and succulents. Which no one stole from the table! So she brought them home and we got to steal some from the porch. SCORE!

Recently started a lovely little cowl in double knitting. It’s the Dots inside and out cowl. I’m knitting it in Trendsetter Yarns, which is apparently a Blue Faced Leicester/Cormo blend. It’s definitely a “sticky” yarn, not merino soft. But I’m thoroughly enjoying it.

I’m trying out my knitting ring, though I’m also trying to make a better one on the 3D printer! 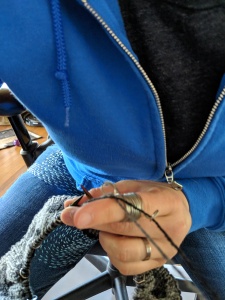 Tried to take a video, took a picture.

I’m using Tinkercad to do the designing. It’s a bit of a “dumb” program, but since I don’t usually draft 3D, I’m liking the interface. And I’m using Curio to slice it for our 3D printer.

This isn’t my first foray into double knitting, that came with the Hemisphere Hat, which I knit not once but twice. I’m tempted to do it at least once more since both times it came out quite big.

Back to the project at hand, here’s a clip of me double knitting in an Eastern European style. I am not a combination knitter, I both knit and purl through the back loop. I believe I’m considered Continental since I hold my yarn in the left hand and a Thrower as i do a little flick motion, so I don’t actually have to drop the yarn and pick it up again.

The Santa Barbara Art Museum is a petite museum in downtown Santa Babara, worth a stop in for a couple hours. But for a family, one of the best things about it is downstairs behind the gift shop. The Family Resource Center has a rotating schedule of art projects for anybody to stop in (for free!) and get their hands dirty. There were two projects last time. Print making and sculpture. Both were a lot of fun! 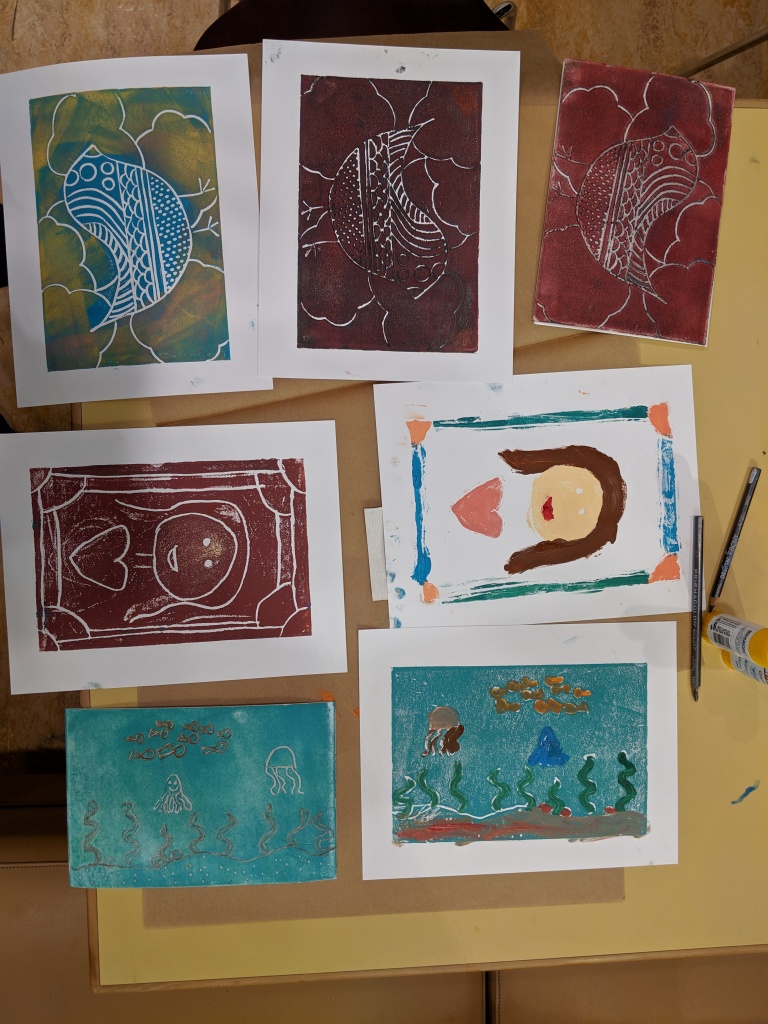 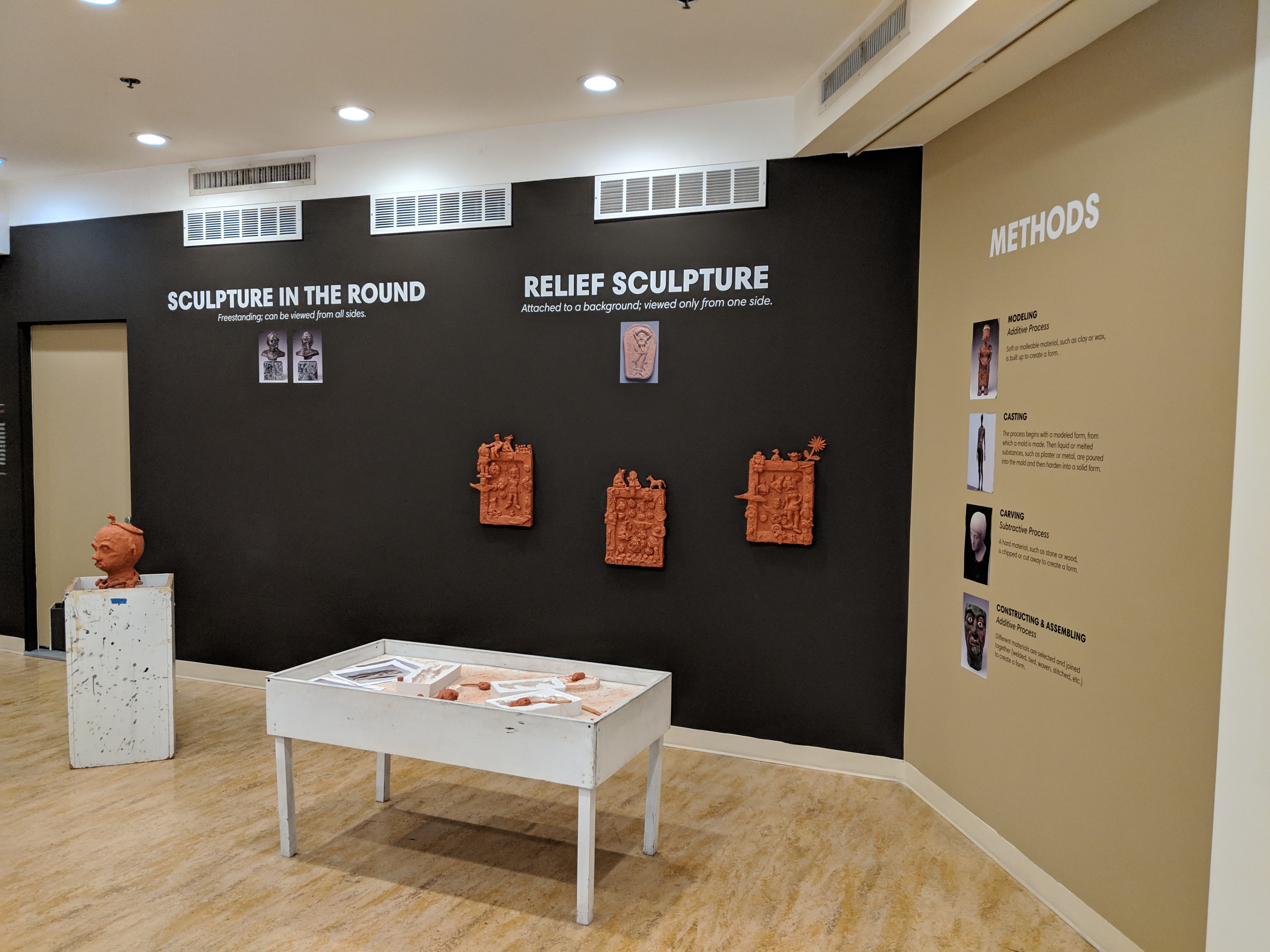